The idea of “leaving a mark” has great resonance in our contemporary world of post-truths
and possible post-capitalism - above all if apprehended in the context of a global pandemic.
Nonetheless, since it has been considered as such, humanity has sought to leave its
mark everywhere: from cave wall to landscape, from papyrus to fiber optic cable, from the
obelisk to the fresh surface of the chapel roof, from city wall to lunar surface to the ends of
the universe, as far as radio signals can reach.

That idea of “leaving a mark” involves movement and abandonment: marks are
left in a place because one moves elsewhere. The mark is, therefore, like the record of
a presence, of an action or thought, or of an idea of the world; a message, either poetic,
artistic, political, apocalyptic, mystical, or ... commercial. Marks persist. Men and women
leave. And skin was understood as a carrier for these marks from early on. Archaeological
discoveries on different continents confirm that the impulse to inscribe cultural marks of
different tribes on human skin has been a widespread practice for thousands of years.
Marks on human skin must have fulfilled different purposes at different times:
ritualistic and religious, spiritual, aesthetic, even strategic - with the intention of instilling
fear in the enemy. And today?

Bernardo SimЫes Correia and Alexandre Camarao, artists who present themselves
as a duo with the brand ABCC, answered BrotОria’s challenge to join the conversation
around the subject of tattoos with an exhibition in which they present a set of images
originating in the digital whirlwind in search of a particular aesthetic sense.
ABCC’s “collages” are part of an artistic lineage anchored in the onset of modernism
in the early 20th century. From Georges Braque and Pablo Picasso to Andy Warhol
or Romare Bearden and from visual arts to music, with Pierre Schaeffer or Karlheinz
Stockausen, the Beatles, and, later, all of hip hop, there is a long and fertile history of artists
who understood that the overlapping, manipulation, recontextualization, alteration, and
appropriation of previously existing visual or sound materials could be tools building new
visions and ideas, new works, new ways of understanding or subverting the world. New
ways of imprinting ... marks.

ABCC’s art, as shown in this set of posters and videos, is made up of the appropriation
of the debris captured from the digital whirlwind and rethought as new significant matter
from the moment they are confronted with a particular aesthetic, not exempt from a
profound sense of irony, but far more critical than their “montages” might suggest at first
glance. Like all art, ABCC’s is also a commentary on the world. But, apart from that self-evidence,
SimЫes Correia and Camarao’s work also has this strange strength that stems from
the very resistance it offers to the eye. What at first may seem familiar and immediately
“disposable” - after all, they deal with material we encounter every day in the digital space
of social networks or content production, the very territory par excellence for the circulation
of “brands” - ends up revealing other layers, true palimpsests of new ideas inscribed
on “text”. This applies either for advertising or commerce, journalistic or artistic and of
other natures and contexts - pre-existing and, therefore, distorted, emptied of original
meanings and available to other interpretations.
​
What is interesting about ABCC’s work is that it demands an exercise of reflection
from its viewers that is at least as important as what the artists themselves have done to the
material that has been seized and reorganized: it is as if Alexandre Camarao and Bernardo
SimЫes Correia have invited us to leave the “mark” of our gaze, i.e., of our thinking, in their
pictures and videos. These pictures are, in short, mirrors where it is possible to glimpse
simple or absurd meanings, direct or obtuse, transparent or opaque - the multiple marks,
therefore - that we carry within the depths of ourselves. 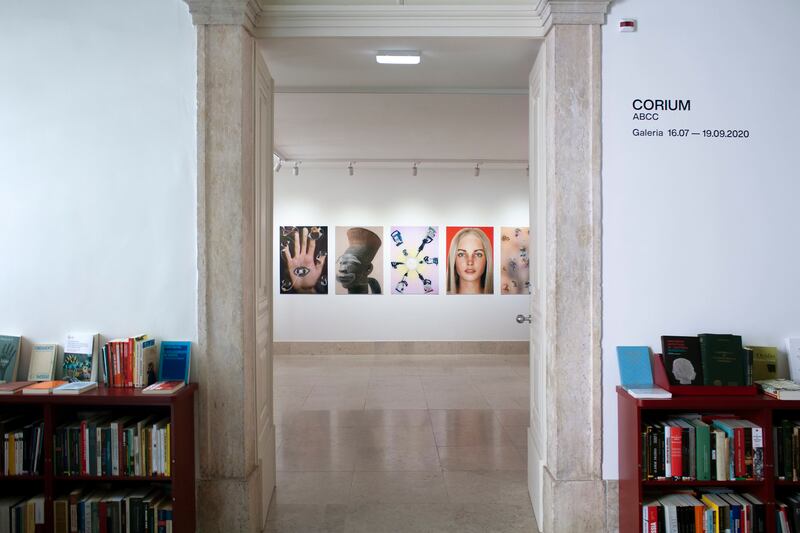 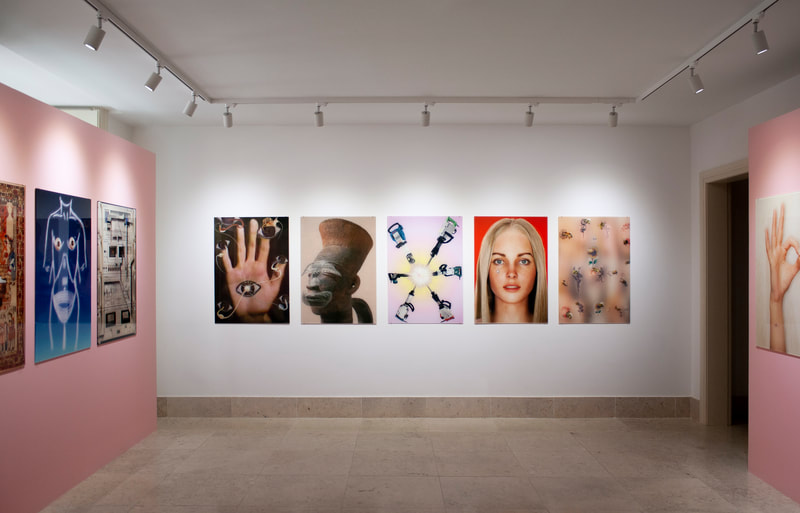 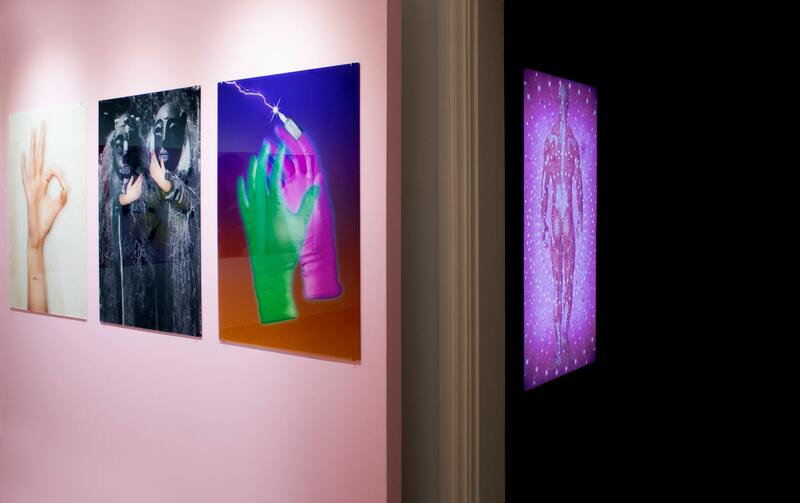 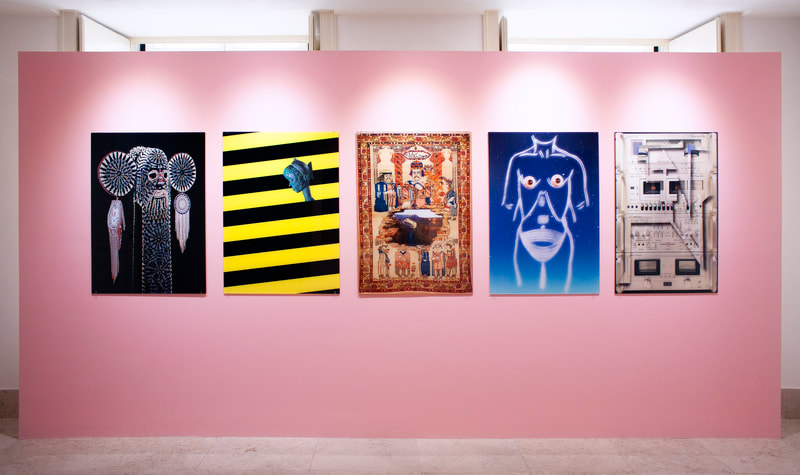 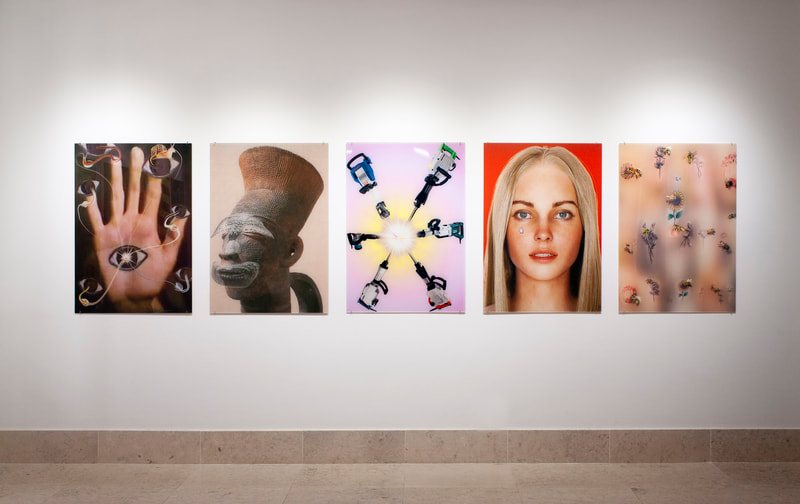 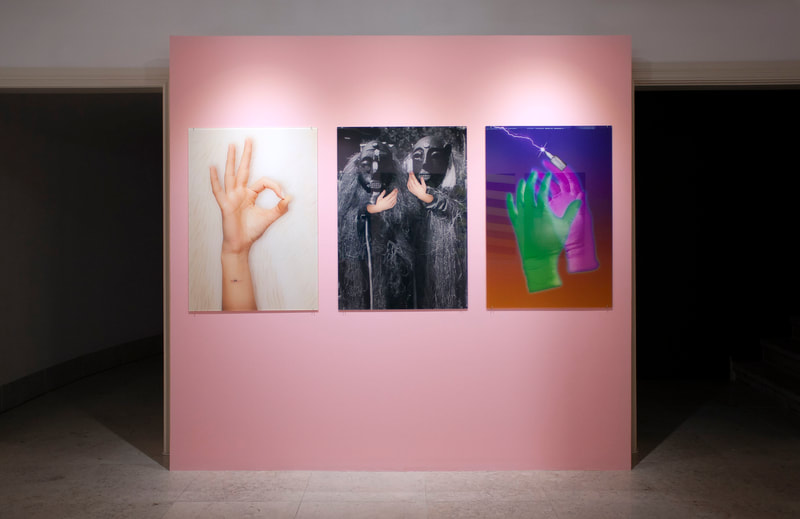 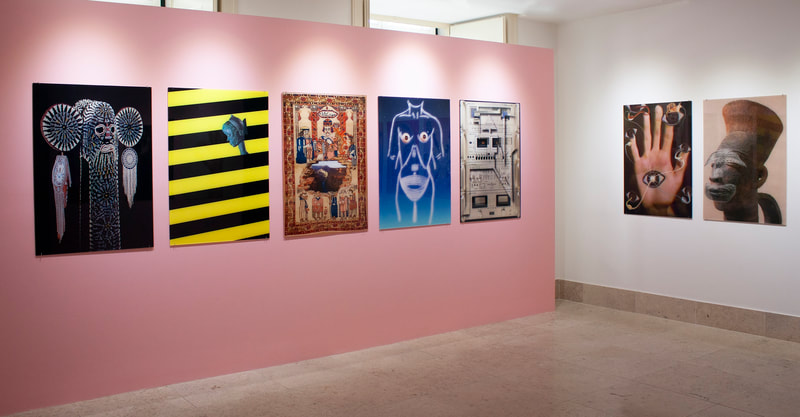 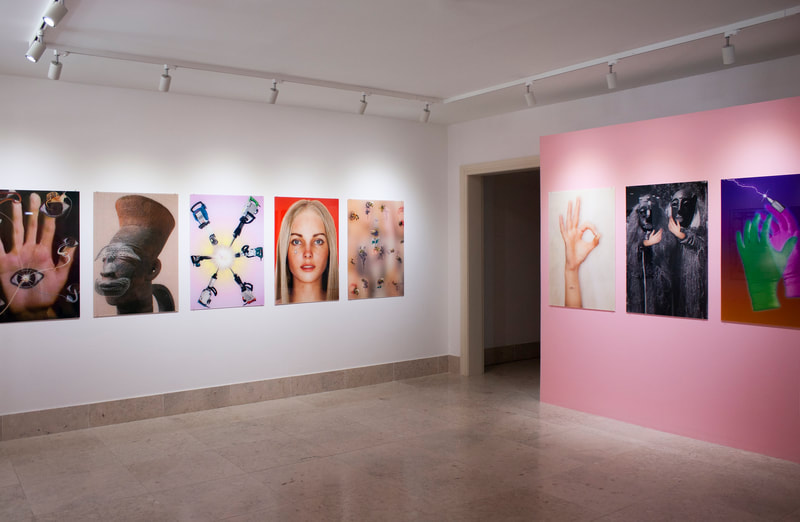 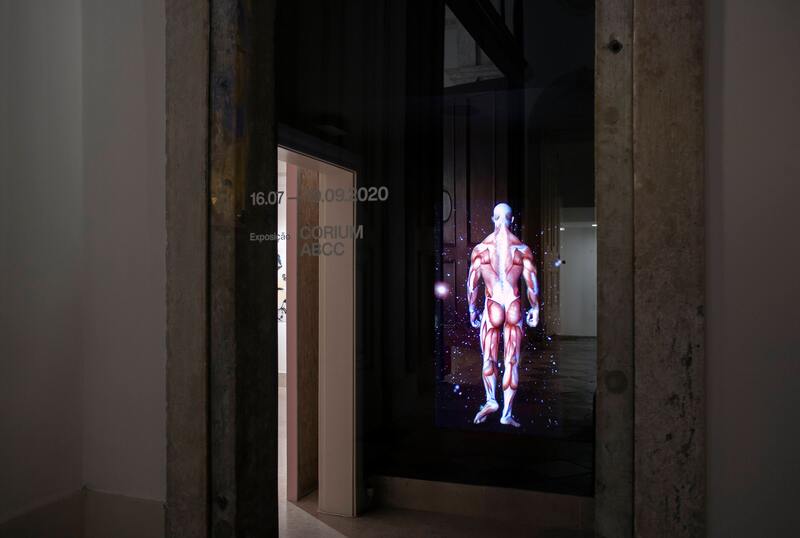 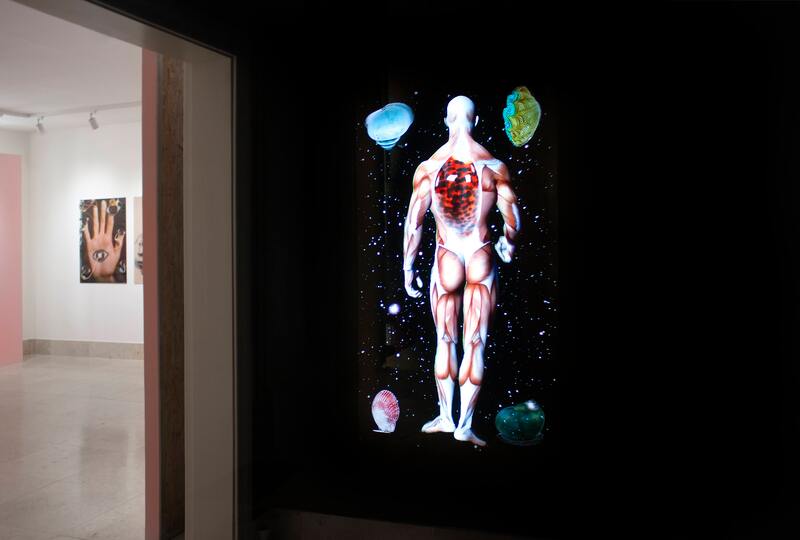 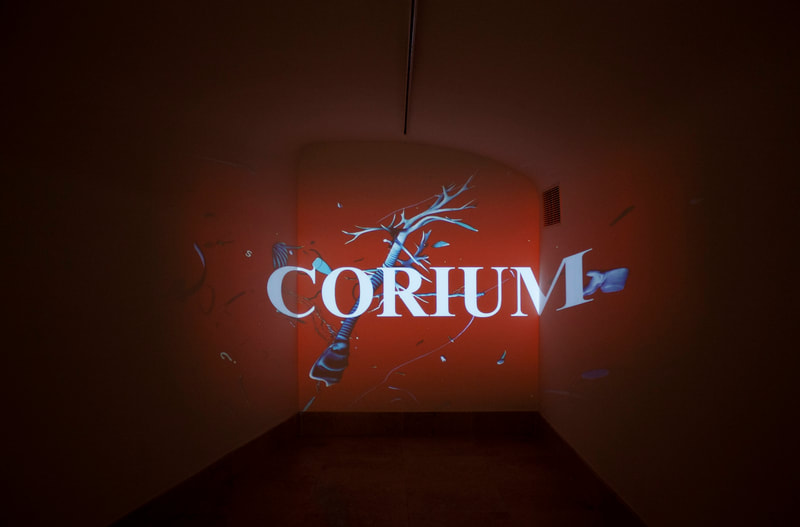 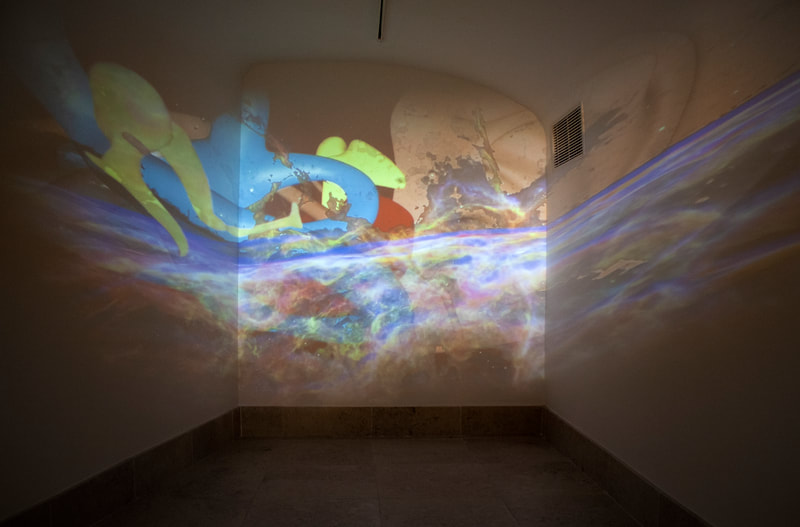 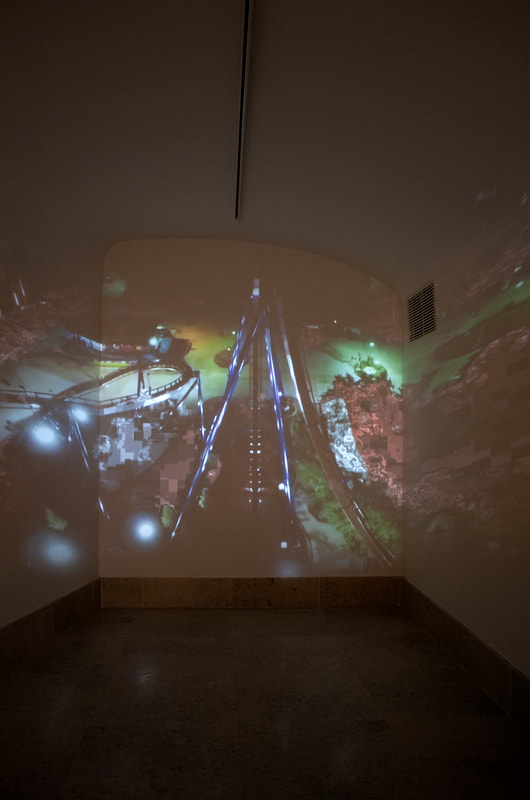 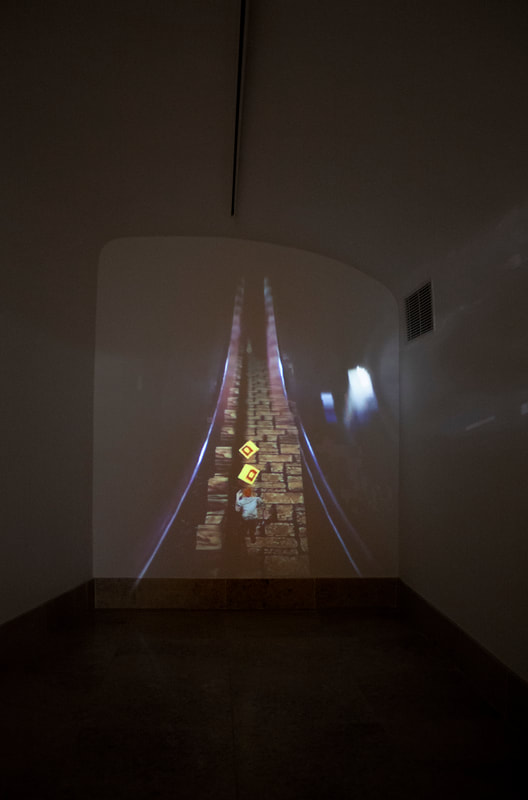 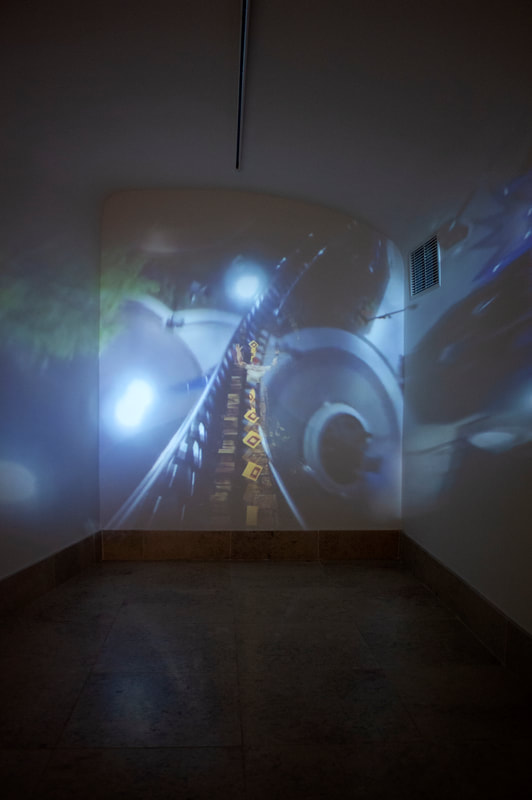 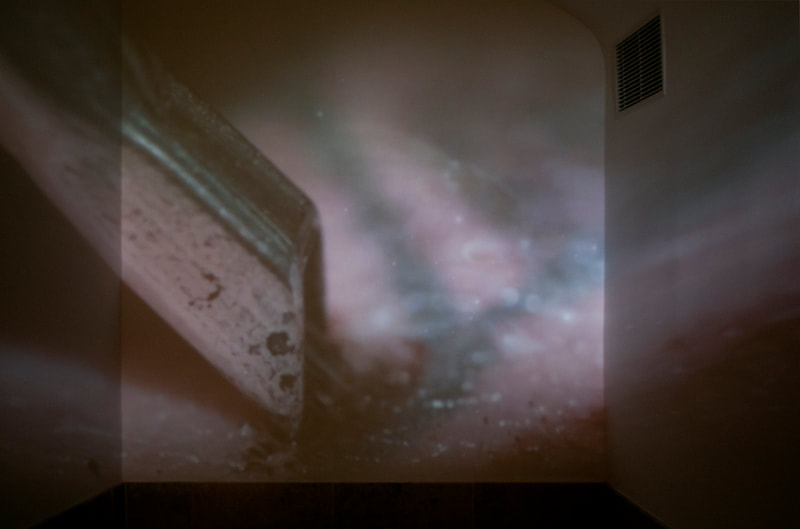 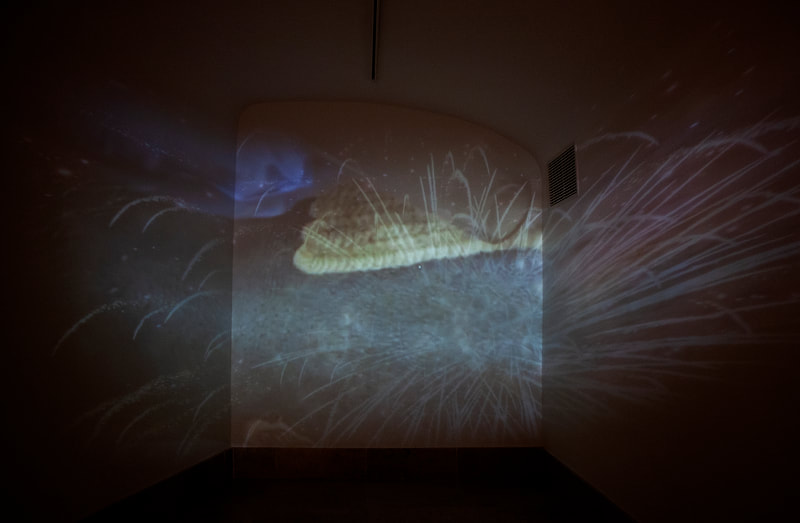 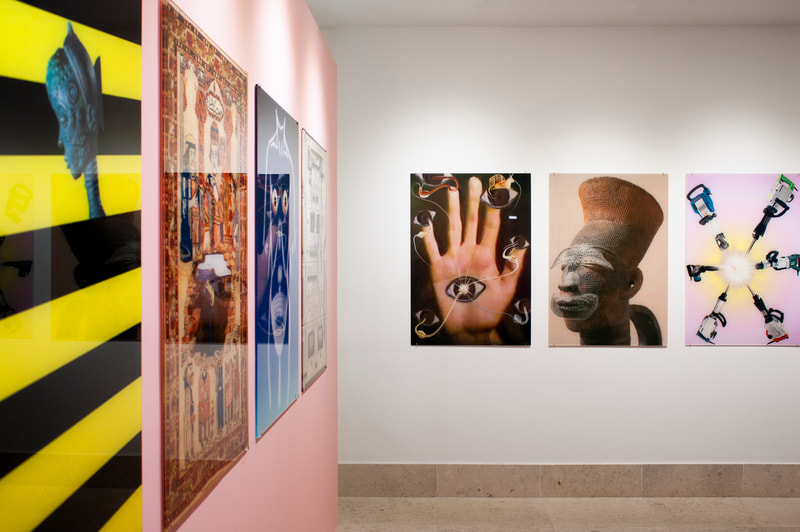 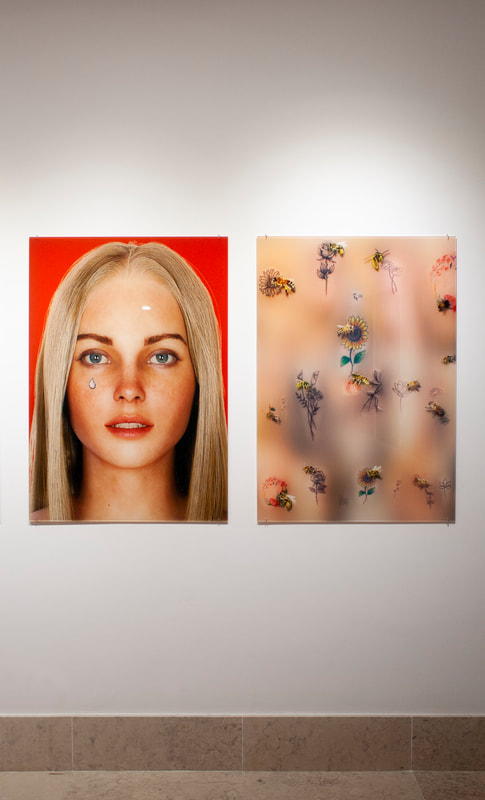 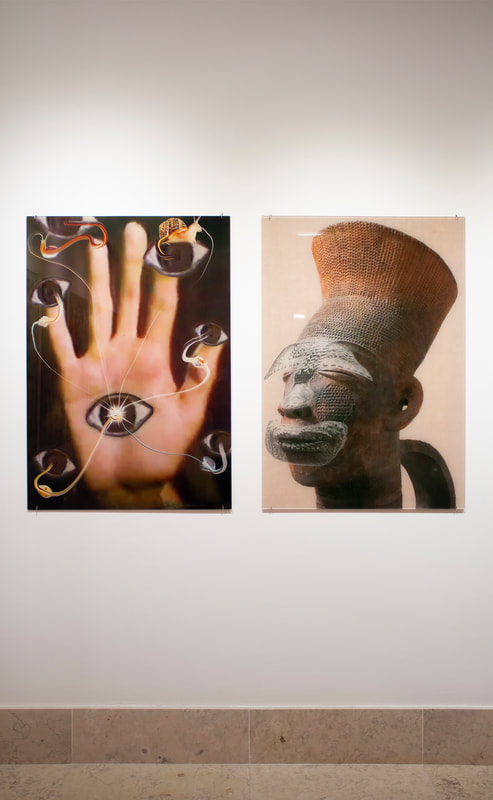 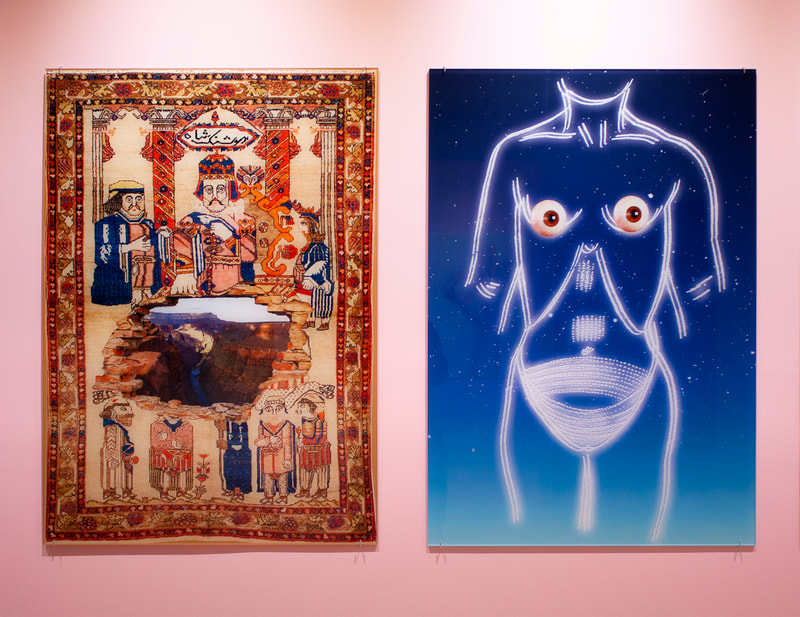 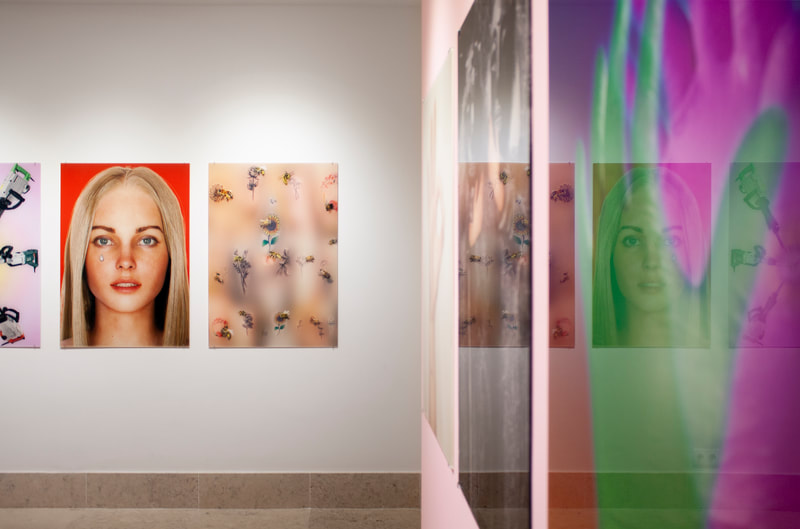 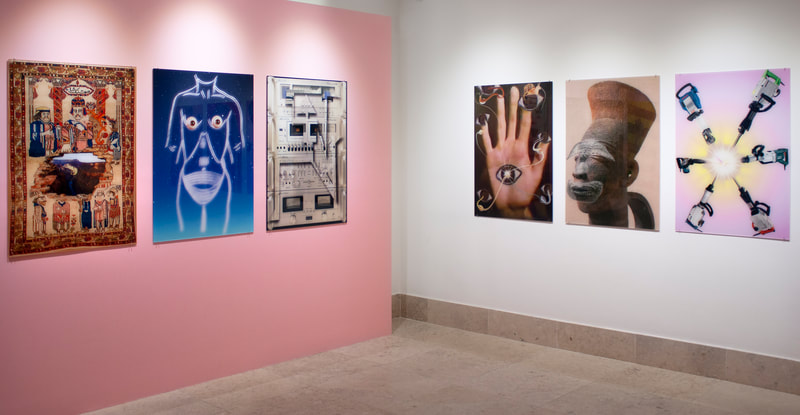